We'll keep you posted on our film programme, new releases, events and more.

Starting a Cinema From Scratch – Featured on the ICO blog

Opening this September, Catford Mews is set to be the only multi-screen cinema in the South London borough of Lewisham and is one of the ICO’s newest programming clients. We spoke to their Programme and Marketing Manager Isra Al Kassi about what to expect and how they’ve worked closely with their local community to make the cinema a dream come true for all.

“I’m opening a new cinema” – is there any more delicious sentence a cinema lover can utter? While my to-do list is endless, with a lot of things beyond programming needing consideration, it’s nice to remind myself of the ‘dream come true’ moment of being part of the birth of a new cinema.

Catford Mews is a brand new independent entertainment venue in Lewisham, South London. With a strong focus on the local community, our three cinema screens are only a part of a wider offer which also includes a café, bar and five local food vendors, plus a community room and a live music space.

The name pays tribute to the original Catford Mews, which anyone who’s lived in the area for a while will recognise and have very fond memories of, and which initially housed a number of market stalls before being replaced by a Poundland. Neither of these ventures gave any indication of the site’s true potential, with the Poundland using only a tenth of the available space for the shop and the rest reserved for storage. So there was a lot of work to do before this September’s launch, starting two years ago with outreach and consultation and leading up to the beginning of construction in March this year. 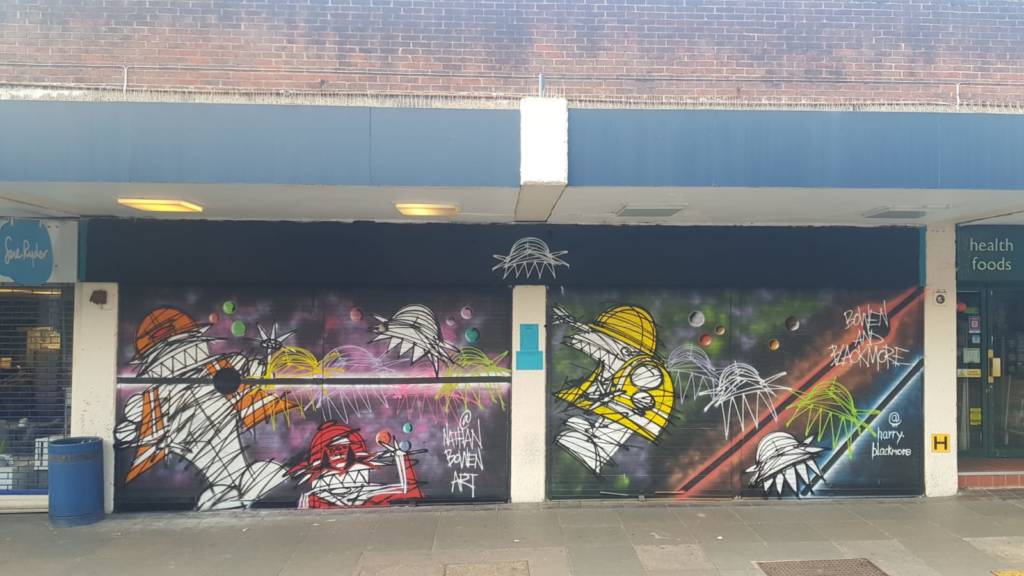 From the early planning stages we had a few starting points which we don’t want to lose focus on – namely, to be truly inclusive; a cinema for Catford and the community; to offer an exciting programme; and to serve as a platform for local talent and entrepreneurs.

For fourteen years from 2001 and 2015 there was no cinema at all in Lewisham, and the last time there was a multi-screen cinema was 20 years ago. Before that though, Catford was home to many cinemas including The Eros Cinema, the Hippodrome and an ABC (which closed in 2000). Similarly to how the local community speak fondly of the original Catford Mews, I’ve met many people that have fond memories of the last cinema in Catford. There’s a palpable sense of anticipation for when the neighbourhood finally gets a cinema again, and luckily the wait is (almost) over!

One of the most exciting things about starting a cinema from scratch is being able to look at it from the point of view of both an avid cinema-goer and someone who’s worked in (and worshipped) cinemas for years. It’s been exciting to take on everyone’s feedback, listen to various opinions and perspectives and then make decisions based on what we think is best for our business, our customers and staff. We are five people in a growing team, and have taken our own past experiences into consideration, but have also held consultations with and taken on feedback from the local community.

Lewisham has always been and remains a vibrant cultural hub – it’s home to notable musicians (including, recently, Ray BLK and MNEK) as well as rich screen talent. It’s also home to many film collectives and we’re looking forward to working with them across festivals, seasons and one-off screenings.

We decided early on that even though we’re not publicly funded or a charity we wanted Catford Mews to be a community space; and this means making all aspects of the business – including our recruitment, screenings, events and other opportunities – as accessible and inclusive as possible. We’ve spent a long time researching our cinema ticket prices and have sought to keep them as low as possible on top of concessions for students, 60+ and further discounts for Catford Mews members.

With three screens we’ll be able to be wide-ranging and quite experimental with the programming. We will always have screenings for families, a healthy mix of mainstream films and independent cinema, and are also creating opportunities for shorts filmmakers to show their work on the big screen.

We’ve managed to base the food offering and events largely on things that were already in place, with the Catford Food Market and Vegan Festival our source for the five fantastic local food vendors who will be operating in Catford Mews. We’ve also been overwhelmed by Catford’s musical talent and can’t wait to host local groups, musicians and DJs at the venue.

Catford Mews is an ambitious project with a rich cinema and event programme. I’m really pleased that it’s coming together so nicely as a great collaboration between Catford Mews and the local community.

We'll keep you posted on our film programme, new releases, events and more.